Many hair products used by black women and children contain chemicals that can interfere with the body’s natural hormones, though the majority of these chemicals are not listed on their labels, according to new research forthcoming in the journal Environmental Research.

These chemicals, including parabens, fragrances and phthalates, are found in many consumer products. They are known as endocrine-disrupting chemicals (EDCs) because they disturb the functions of the endocrine system, which regulates the body’s production of hormones. They do this by mimicking the body’s naturally occurring hormones, which can overstimulate cells; they can also block naturally occurring hormones from binding to cells’ receptors, or alter the metabolism of natural hormones. Disruptions to the endocrine system can lead to the development of hormone-mediated diseases like obesity, diabetes and certain types of cancer.

Prior research has found that urinary levels of endocrine disruptors vary by race and ethnicity. For example, black women have higher urinary levels of phthalates and parabens than white women. Black women also experience higher rates of obesity and diabetes, as well as more aggressive forms of breast and endometrial cancers.

Other research suggests that differing personal product care usage might explain these elevated rates of endocrine-disrupting chemicals (EDCs) in black women, which might in turn contribute to the noted health disparities.

With this in mind, scholars at the Silent Spring Institute and Battelle Memorial Institute — non-profit organizations that research environmental chemicals and science and technology, respectively — set out to document the extent to which endocrine-disrupting chemicals are present in hair products used by black women and children.

They focused their research on cataloguing the concentrations of 66 endocrine-disrupting chemicals in 18 popular hair products. The products spanned six categories, including hot oil treatments, relaxers, hair lotions, leave-in conditioners, root stimulators and anti-frizz products. They selected the products based on survey results that indicated the most frequently used products among black women, along with products used by black women, but not others. The products were first purchased for research in 2008 and the scholars note that their formulations might have changed since. However, they write that more recent comparisons indicate that most of the products list the same ingredients as before.

“Given the exposure and endocrine-mediated health disparities experienced by black women, new research and regulatory activities should consider the effects of ethnic differences in product use on exposures and health,” the scholars conclude.

In addition to the temporal limitation noted, the study is also limited in that it only documents the concentrations of EDCs in 18 products used by black women. Further, the researchers did not study all the chemicals in these products that might have health effects, instead focusing on chemicals with established links to the endocrine system and asthma.

Photo by Travel Salem obtained from Flickr and used under a Creative Commons license.

This article first appeared on Journalist’s Resource and is republished here under a Creative Commons license.

Written by MaShelle Dean
Hey Fam! I'm MaShelle, your Fit & Fabulous Coach. I'm an AFAA Certified Fitness Instructor and lifestyle blogger living in Atlanta with my husbae, Ron. The Jiggle Free Zone is the place to come for fitness inspiration, product reviews, and workout proof hair tutorials. Be sure to sign up for the Fit & Fab newsletter so you never miss my tips on living a #fitandfabulous life! 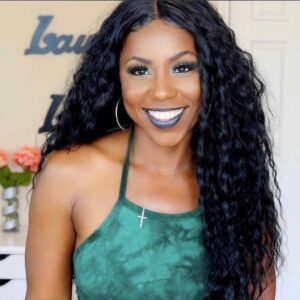 I’m MaShelle, your Fit & Fabulous Coach! I’m an AFAA Certified Fitness Instructor and lifestyle blogger living in Atlanta. The Jiggle Free Zone is where you can come for fitness inspiration and my workout proof hair tutorials.  Sign up for my newsletter so you never miss my tips for living a #fitandfabulous life! Click to read my bio.

Get fit at home. No gym required! 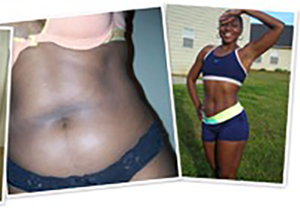 My weight loss transformation story isn’t tragic and it won’t make you cry.  One day, I just got fed up with being overweight and decided to do something about it!  Learn how it all got started for me.

Ladies, Weights Are Your Friend!

How to Look Fly on a Budget

Hit Every Muscle in 15 Minutes!

So Much to be Thankful For